Mildred Iro, a Paediatric Research Fellow working with the Oxford Vaccine Group, won the Lorber Prize for the best paediatric publication of 2017 for her work on childhood encephalitis admissions. 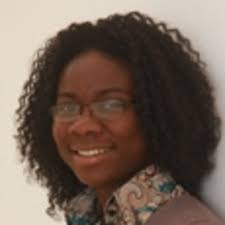 Mildred Iro joined Oxford University’s Department of Paediatrics in 2012; in 2013 she commenced her DPhil at the Oxford Vaccine Group. She has done most of her paediatric training in Southampton, where she is planning to return after the completion of her doctorate to take up the position of an NIHR Academic Clinical Lecturer in Child Health and Genomics.

The Lorber Prize is given annually by the Royal College of Paediatrics and Child Health. The award honours a pre-consultant grade medical practitioner working in the UK for the best scientific paper related to paediatrics.

It’s not just Covid: the triple threat that could overwhelm the NHS this winter - Andrew Pollard

Up to $30 million in funding has been announced by the Coalition for Epidemic Preparedness Innovations (CEPI) to bring a new nanoparticle vaccine offering protection against a range of coronaviruses to clinical trial.

COVID-19 vaccines given as fourth doses in the UK offer excellent boosting immunity protection, according to the latest results from a nationwide NIHR-supported study.

The University of Oxford in collaboration with the University of Maryland School of Medicine (UMSoM) has begun recruiting for a Phase I/II trial of a new paratyphoid vaccine in human volunteers in Oxford.